So I dug around in the bottom of my handbag, and what do you know I found it!  Granted it was hidden deep in the bottom dark corner of the inside lining, all scrunched up under a pile of dirty tissues, covered in stray sultanas and looking like it hasn’t seen the light of day in ages but hey like I said I found it.  A quick shake off, a bit of lippy and it’s all systems go.

My mummy-mojo is back baby so stand aside!

I’m not sure who’s standing aside exactly, but you get my drift.  Sick of listening to the sound of my own voice whining about how I can never get anything done because of the kids, I’ve decided to get creative and “include” them in my projects.  It all started last week when I decided the front of our house was looking like a deserted wasteland and I was at the point where I was embarrassed of people coming to the front door.  I thought I’d start by painting the front deck, so it was off to Bunnings to buy supplies which quite frankly is the easy bit.  Miss S will happily oblige if there’s the chance of a little people sized trolley, a balloon and a sausage sizzle.  Bunnings have got their game face on when it comes to the parent shopping experience and it’s a winner.

The next stage of my project involved devising a large shaded “play pen” I could put the kids in while I painted.  There’s no way you can say to a four year old “don’t touch that”, it’s just asking for trouble and in her mind she’s Picasso when it comes to a paintbrush so just convincing her there was such a thing as “grown up paint” took a lot of clever marketing on my part.  Marketing, that’s what I’m calling bribing my kids these days. A chocolate frog will go a long way in our house.

So queue scene of me trying to erect our three by three gazebo in the front yard.

Earlier, I had texted my husband who was out and about running errands, to see if he could find about twenty meters of packaging plastic.  “Err, what an earth do you need that for?”, he asked suspiciously.  “I’m going to wrap it around the base of the gazebo”, I replied. “You know create a giant enclosed play pen for the kids in the front yard”.  You see our front yard doesn’t have a fence, and we’ve also got a retaining wall so again, telling the children to “stay away from there”, is just asking for trouble.

So my husband drives into the driveway to find me wrestling with this gazebo on the front lawn, with my four year old holding a rope and me saying “just hold onto that tightly and don’t let it go”.  The wind was picking up, but I remained steadfast with the plan.  I heard him sigh loudly as he got out of the car.  Enthusiastically I exclaimed I’d found the walls for the gazebo and could he help me put them up.  Reluctantly he did.  As I stood back admiring my genius with Miss S still holding one of the anchor ropes, the whole thing rises above the lawn and takes off like a giant parachute crashing over the retaining wall and down the side of the house.  Miss S couldn’t contain her excitement at the unfolding chaos, and fortunately had enough common sense to let go of the rope.  Again, I heard my husband sigh loudly as I turn around and see his “I told you so” face.  But my mummy-mojo wasn’t about to give up that easily.

Off to the shed!  Our yard is twelve hundred square meters, thirty meters across and forty meters in depth. We are also on a pretty decent slope, about a thirty degree decline from top to bottom.  The shed is at the bottom of the slope.  Why?

Because I’m one of those practical, logical women who didn’t want the shed positioned in the pretty part of her yard.

I’ve watch my husband, almost comically, go up and down the slope to the shed to get things. I’ve even seen him literally running after the mower as it propels itself down the slope, but until now I hadn’t really appreciated the super human effort involved in getting anything from the shed to the top of the block.  I decided to bring up all of our old baby gates and create a makeshift play pen on the front deck for the kids.  So with Miss C on one hip and one muscly mummy arm free, piece by piece I dragged the items up the hill.  I also bought the gurney up, just in case anything needed blasting.  Blasting grime is very therapeutic I find.  Of course as I reached the top of the hill with the gurney in tow, red faced and completely out of breath my neighbor from across the street waves hello. I used every ounce of my reserved lung capacity to wave a not so convincing cheery hello back.

Queue scene of me spending the next two hours trying to put up baby gates across our front deck to create some sort of zoo like enclosure to contain the kids.  But goddam it I did it.  And I managed to gurney the front deck as well, and the door mat, and the high chair.  I wasn’t going to let my gigantean effort in getting it up the hill go to waste.  So now instead of a deserted waste land my front yard looks like some sort of theme park, with kid’s toys strewn about the place, paint tins and an esky for food.  Apparently being in charge of handing out snacks is quite the promotion in a four year old’s eyes, she rationed out snacks to her baby sister with military style precision all afternoon.

So if you are in the neighborhood over the next few weeks, feel free to pass by, slow down and give us a wave as you go by.  Because we’re out there, in all of our crazy glory.  We may look like a circus act, and I’m sure the neighbors wonder what on earth is going on exactly, but at our house this is what it looks like when mummy decides she is going to paint the front deck. 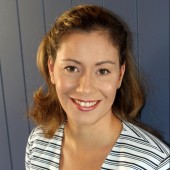 Is it a sign? I couldn’t possibly be…. Middle Aged?

Dancing On The Ceiling